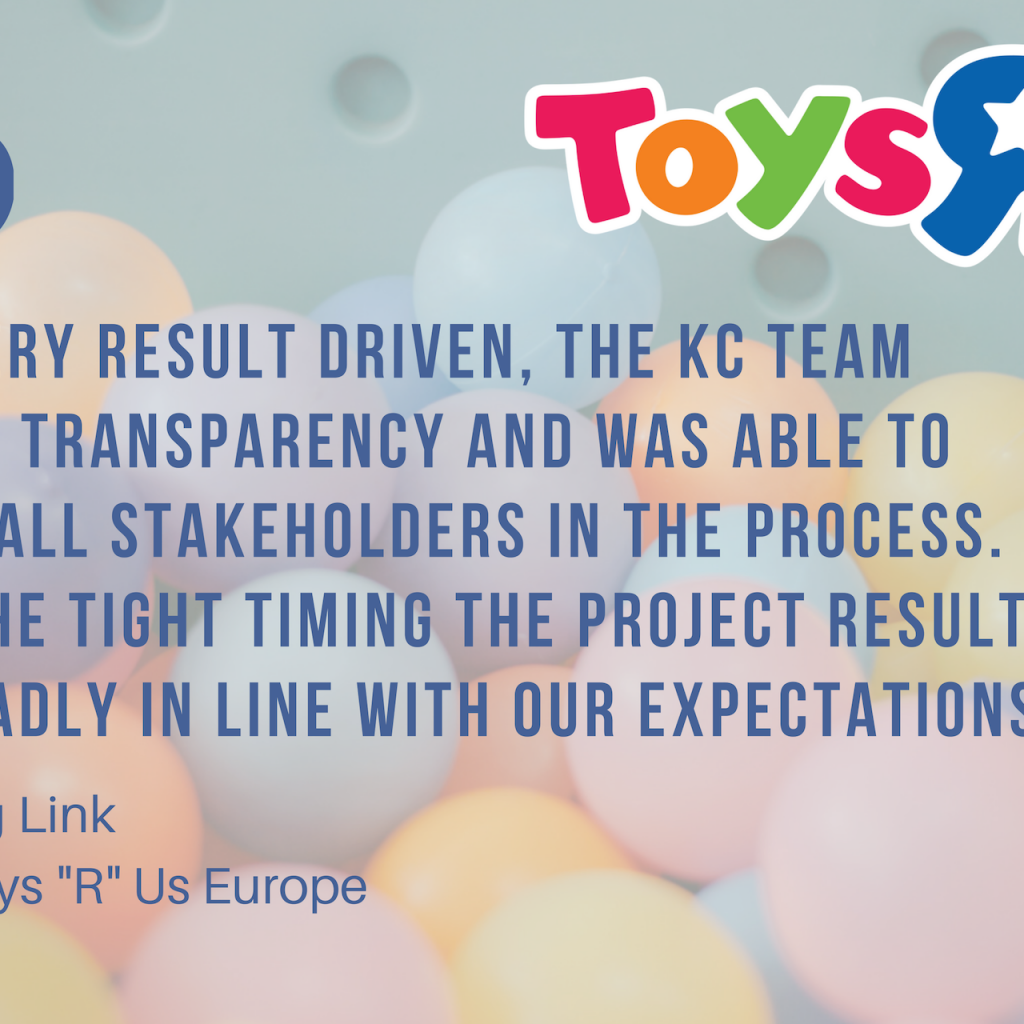 Toys “R” Us has been represented in Germany since 1986 – and has easily become one of the largest toy retailers in German-speaking countries. The idea of a toy store has been enthusiastically received by parents and children over here. The business development of Toys “R” Us in Germany has been a great success story since the foundation of the German branch in 1986 and the opening of the first specialist store in Koblenz one year later.

The aim of the procurement cost optimization project was to analyze the present purchasing conditions of Toys “R” Us and to identify savings potentials based on comparisons. To ensure this as comprehensively as possible, the project was carried out in Germany, France, Spain, England and Poland. In total, both the merchandise as well as overheads in Germany and Poland were processed, with the merchandise accounting for the largest part due to the volume.

Challenges in the project:

One of the biggest challenges was to negotiate the large number of suppliers in a timely manner and yet to consider the special features in detail and to combine them with the history of the respective product range. The local requirements had to be taken into account and, in spite of the varying degrees of the restructuring and reorganization measures, the respective purchasing areas had to be integrated and “become teams” with the buyers on site. The new European structure led to new areas of responsibility and increased the need for suppliers to avoid immediate negotiations in order to conduct discussions at European level. This demanded a high degree of coordination for the negotiations, and the dollar exchange rate trend and the high import share of toys hampered discussions with suppliers.
One of the core challenges was to use the existing data structures and to establish a homogenized supplier evaluation based on KPIs. In the discussions, these KPI benchmarks were used specifically to point out opportunities that had previously not been exploited.

The project goal was achieved for both overheads and total merchandise. In France, despite the short negotiation period, the targeted savings potential was even exceeded, as well as in Spain and Poland. In Germany a precision landing could be achieved, in England the last Euros for the complete target achievement were missing at the end. Thus, the savings targets for the European project were met and, in particular, small and medium-sized suppliers who are not invited every year due to time reasons were negotiated. The strategy and the focus of Toys “R” Us could also be discussed with the suppliers in order to demonstrate the great efforts of the stationary trade, especially in the face of online trade.

Despite the large number of suppliers and restructuring measures in the countries, the ambitious project goal was achieved. Team spirit and intensive coordination between Kloepfel Consulting and purchasing were the key to success. The common preparation of the key figures provided a transparent and constructive basis for negotiations and paved the way for the success of the project.