Learning from the german manufacturing industry 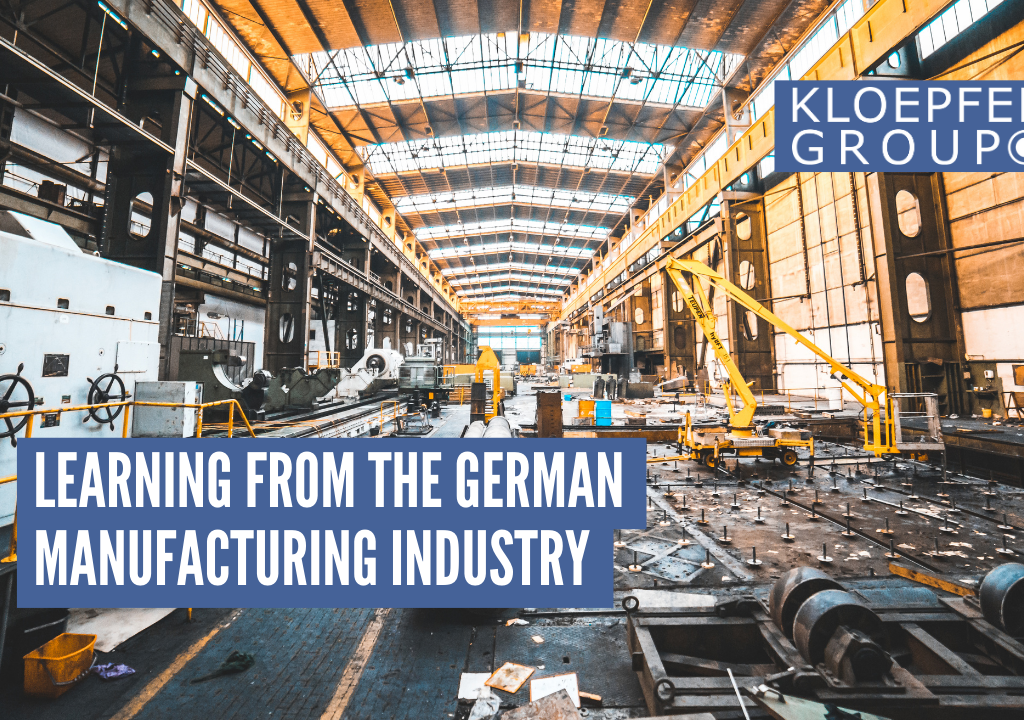 The manufacturing industry contributes 30% to the German economy. This is considerably more than the European average of 13% and an even bigger difference with the Netherlands where the contribution is no more than 12% (EZK: Vision for the future of the industry in the Netherlands). There is no doubt that we can learn from our German colleagues when it comes to purchasing on behalf of industrial production.

However, it is striking to see how little attention we tend to pay to the German purchasing community compared to our interest in procurement in countries like the UK or Sweden. Unjustified. Purchasing in Germany is highly developed and at some points steps ahead to the Netherlands. The large number of manufacturing companies makes a difference. So why don’t we take a look across our border?

One approach for direct and indirect

What stands out first is the limited attention for non-product related (NPR) purchasing. Living in a country with a dominant service sector, we seem to put a lot more effort in the indirect part of our purchasing. This might sound logic, but isn’t. The size of NPR spend is in absolute sense much bigger than in the Netherlands. It’s jus that the NPR categories are not considered as a separate kind of purchasing which needs a different approach. Germans seem to take the NPR spend along with the direct spend, without giving it a different status.

I’m not saying that this approach is the most favorable. But this article is about what we can learn from the Germans, and not about what they can learn from us. The NPR categories are often in the routine or leverage position, where you can easily switch suppliers. This is very different from the direct categories. In Germany, a lot of knowledge is put into the supply chain. This gives reason to carefully preserve the built up relationship and shared knowledge. That is precisely where the power of the German purchasing lies.

Loyalty to the supplier

The German industrial buyer stays with the same supplier much longer. This is apparent in the selection process where it takes longer for a supplier to be chosen. Thoughtfulness and gaining trust dominate the process. Once a supplier has joined the supply chain, it is expected to further develop alongside and intended to remain for the long-term. Of course, there is still a clear customer-supplier relationship, the same struggles and negotiations take place, but maintaining the two-sides relationship stays as the prominent goal of any negotiation. Walking away from the table is the last option and will rather be avoided.

This is reflected in the negotiation style, which is based on arguments and technical content. The German does not easily put a supplier in a competitive position. Extensive research on the price development of materials and labour is carried out in advance, revenue and profit data is sorted out and benchmark data are collected, for example on payment discounts. The long preparation may makes sense because of the larger volumes, but we see a similar approach to the smaller volumes.

A good illustration of this substantive approach is the cost engineering method. In the Netherlands, we strongly use functional specifications and prefer to leave the detailing to the supplier. The German industry likes to have all the knowledge in-house or even better; in its own hands. Germans have made cost engineering a craft and are able to make an realistic calculation of the material parts or assemblies. These calculation allow to compare the current production to alternatives, such as outsourcing or use of alternative techniques.

Although the process requires a huge amount of data and software, the information retrieved allows to discuss pricing with the current supplier. But more important, it reduces the need to switch suppliers because one can discuss with the current supplier about how a product is made. The sophisticated preparation not only prevents a change of vendor, but also leads to further product innovations. This is different from a flat competition environment. If properly executed, cost engineering is an attractive enrichment to the buyer’s end.

It may not be first thing to notice, but the German economy has hugely globalised in recent decades. Before this has been the case for big brands, now the smaller companies have also adapted to an international field in both sales and purchasing. Germany’s reunification with the GDR has accelerated globalisation and paved the way to Cantral Europe for other countries. Today, the major car brands and industries have production sites in Slovakia, Hungary and other Central Europe countries. In these countries, large-scale investments are made in the development of high-tech production sites and highly trained personnel. Central Europe has become an attractive alternative to Asia for Germany especially with its proximity. The opportunity has also paved the way for the Netherlands as more Dutch companies benefit from the opportunities found in Central Europe.

The manufacturing industry in The Netherlands has shrunk in both, absolute and relative value. Partly due to the procurement policy aimed at outsourcing to lower-cost countries. Since 2010, this trend was turned and the Dutch have started to put more attention into bringing production back home (reshoring) or closer to home (nearshoring). As a result, the manufacturing industry has grown again in the last ten years, with an average of 0.5% per year. In order to revitalize the manufacturing industry as the engine of the economy, the National Growth Fund set a 20 billion euros stimulation for the development of the key technologies. This will help to put the Dutch industry back on the map.

‘National’ sounds like we are going to do this only in the Netherlands, but that is not how it’s intended. Greater cooperation within Europe is a prerequisite for a strong position in the world market. The Growth Fund stimulates the formation of alliances and connection to supplier networks which further develop the market and the joint knowledge. As Germany has such supplier networks, it is obvious to start from there. Furthermore, it is important that we learn from the differences and we use each other’s strengths in the purchasing field.

The supply chain in the high-tech industry typically needs knowledge retention within the network. The German way of working is aimed at nurturing the knowledge of the participating actors while keeping the entire supply chain competitive. On this point, we can certainly take the opportunity by learning the “art” from our eastern neighbours.

This article was originally written for the Deal! (Published December 2020)

More independent from the turbulent natural gas market with LPG