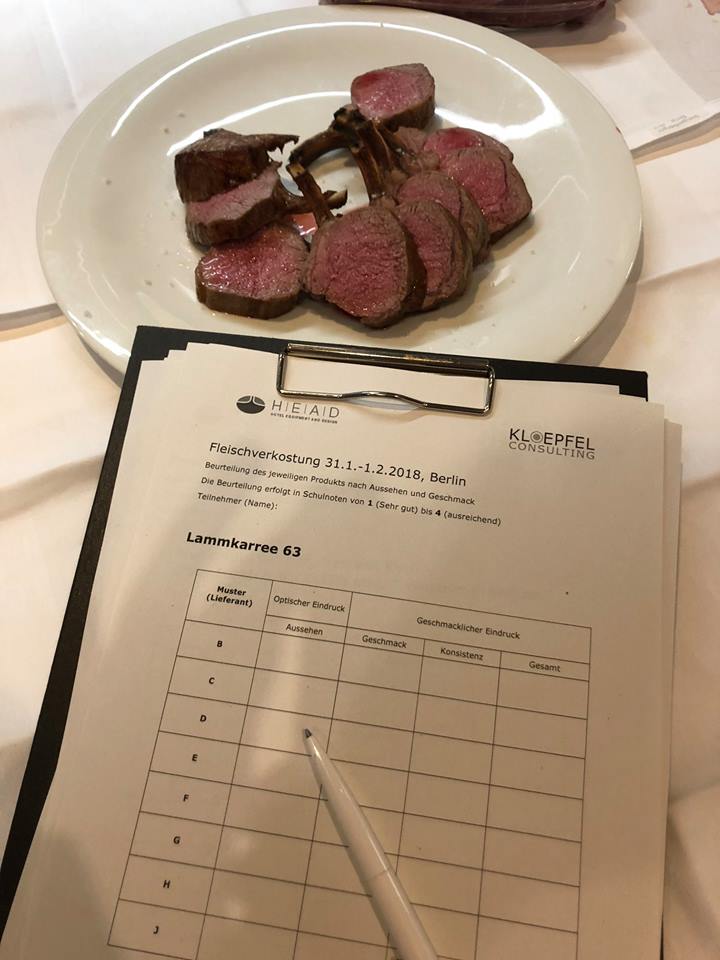 Lean purchasing in the hotel industry

The chefs of well-known Steigenberger hotels tasted 800 kg of meat from eight different suppliers over two days. The result: Savings in six digits for the Steigenberger subsidiary H.E.A.D. Hotel Equipment and Design GmbH. Duran Sarikaya, CEO Kloepfel Consulting, reports on the joint project in an interview.

How did the team work at the beginning of the project?

Our task at Steigenberger Hotels AG was primarily to optimize the purchasing of food and beverages. In the course of this we approached the existing suppliers at the beginning of the project in order to negotiate their conditions. However, we quickly realised that we had to tackle the task differently, so we took a closer look at the company’s product range and looked for approaches to redesign and ultimately optimize it.

Which aspects were in the focus of the project?

One of the core aspects was the meat requirements of the various Steigenberger hotels. The demand consists of the meat required for restaurants, congress events and other events. At the beginning of the project, 600 different types of meat of different qualities were purchased from more than 15 different suppliers. In addition, there were numerous local suppliers who were not listed in the system. These aspects led to the fact that it was not possible to directly trace who ordered which goods from whom and at what price. There was no uniform procurement of goods. The previously undefined standards also meant that hotels ordered goods independently of each other on several occasions.

What challenges had the team to master?

Due to the fact that processes had not yet been defined, it was hardly possible to control and manage purchasing properly. In general, a lot of things took place outside the system. Order quantities and quality were determined by the CEOs of the respective stores. This made it difficult to establish uniform quality and standards. Quality was difficult to control because no standards were set. The task of our team was to find two to three efficient partners for 80 hotels throughout Germany. On the one hand, these should be able to cover the entire range and on the other hand to supply the houses nationally.

How were the purchasing problems solved?

In a first step we performed a data analysis. For this purpose, the data of the suppliers were initially evaluated and compared with the system and order data of the customer. This gave us a good overview of the meat purchases made and the demand.
Another challenge was to form a core assortment. As our team already had experience in the meat industry, we suggested the operations department specialists to define a core range in the meat sector. Our aim was to reduce the range from 600 meat types of different qualities to around 80 core items. These should then be available to all hotels and cover the entire meat requirement. After we received a positive response to this proposal, a broad call for tenders was sent out. Out of the 18 suppliers who sent us offers, 8 were invited for tasting. The two-day tasting took place at the beginning of the year in Berlin. The team included Executive Chefs, F&B Directors of the Steigenberger Hotel Group and two consultants from Kloepfel Consulting.

How did the meat tasting work?

A range of 33 articles was tasted. This includes around 300 samples that were actually examined, evaluated and tasted. The evaluation criteria were taste, smell, appearance and overall impression of the raw and prepared meat. In the end, around 90 percent of the articles were qualified and thus met the quality standards.

So that’s the status quo. What is the next step?

In the next weeks we will go into final talks with the top 4 suppliers. We are currently striving for a dual source strategy so that we actually only have two suppliers left. The savings here amount to 350,000 to 500,000 euros. It will probably take another two months to complete the optimization. In the case of Steigenberger, real controlling with a term of two years was agreed. We must therefore continue to monitor the result after the end of the project and ensure that the system is fully implemented.

The previous cooperation with the chefs and employees of the hotel was very positive. In the beginning each hotel ordered its own food, but in the course of the project everyone worked together and we had a common goal with the optimization.

Thank you very much for the interview!

About H.E.A.D. Hotel Equipment and Design GmbH
H.E.A.D. Hotel Equipment and Design GmbH is a 100% subsidiary of Steigenberger Hotels AG and, as the central procurement company, specialises in purchasing for the Group’s hotels in Germany and abroad. With a cloud-based eProcurement platform, it creates modern and innovative solutions for all aspects of purchasing. Not only the rental and management companies of the Steigenberger Group, but also franchisees and third-party customers benefit from decades of experience and up-to-date know-how. The procurement portfolio ranges from food & beverage and IT to a wide variety of services. Our consulting services include consulting for individual procurement projects as well as the planning and individual implementation of industry-specific eProcurement solutions.