Ad-hoc supply chains in the Corona crisis as a model 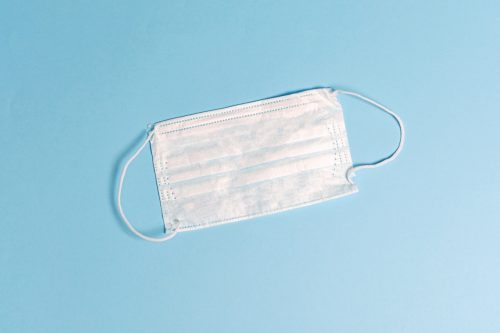 Study of the Kühne Logistics University

The Kühne Logistics University has conducted a major study on the rapid adaptation of supply chains for protective equipment during the Corona crisis. To this end, interviews were conducted with senior managers of around forty companies. The study was developed against the background that global supply chains for medical protective equipment established during the corona pandemic were unable to meet the increasing demand in Germany. As a result of this shortage, many companies decided to produce masks or disinfectants locally and very quickly set up a corresponding production facility.

Prof. Dr. Kai Hoberg, who was jointly responsible for the design and implementation of the study, comments on the initial situation of the research: “With previously unimaginable speed and agility, textile manufacturers, chemical companies and automotive suppliers were able to create new supply chains from scratch. They secured raw materials in record time, identified new partners and adapted their production processes – all under the challenging conditions of the corona lockdown.

The research questions of the study are as follows: What motivated the companies to build such ad hoc supply chains? Where were the challenges and what supported them? Hoberg also explains that the researchers wanted to know how the changeover was achieved within weeks.

The interviews conducted make it clear that the motivation of the companies was characterized by social responsibility on the one hand and massive pressure on the other. This pressure arose from the difficulty of compensating for financial losses in the core business and retaining employees.

In particular, material bottlenecks, e.g. filter fleece, nose clips for masks and bottles for disinfectants, and uncertainty about the course of the crisis were challenges for the companies. There were also some difficulties for employees due to changes in team routines. This was because some employees had problems working outside of their usual processes.

The companies’ solutions were characterised by pragmatism and creativity. For example, some textile companies simply produced mouth-nose masks from existing fabrics. In its press release, the Kühne Logistics University also mentioned that the regional focus for procurement and cooperation was new due to closed borders. It also refers to the noticeable importance of direct communication. For example, the core teams in the companies were in part in contact with each other around the clock.

The Kühne Logistics University plans to continue the series of interviews in the autumn. Then, with a certain distance to the early phase of the Corona crisis, it will show how the new business has developed and what the companies have learned for the future.